What did you do this summer… 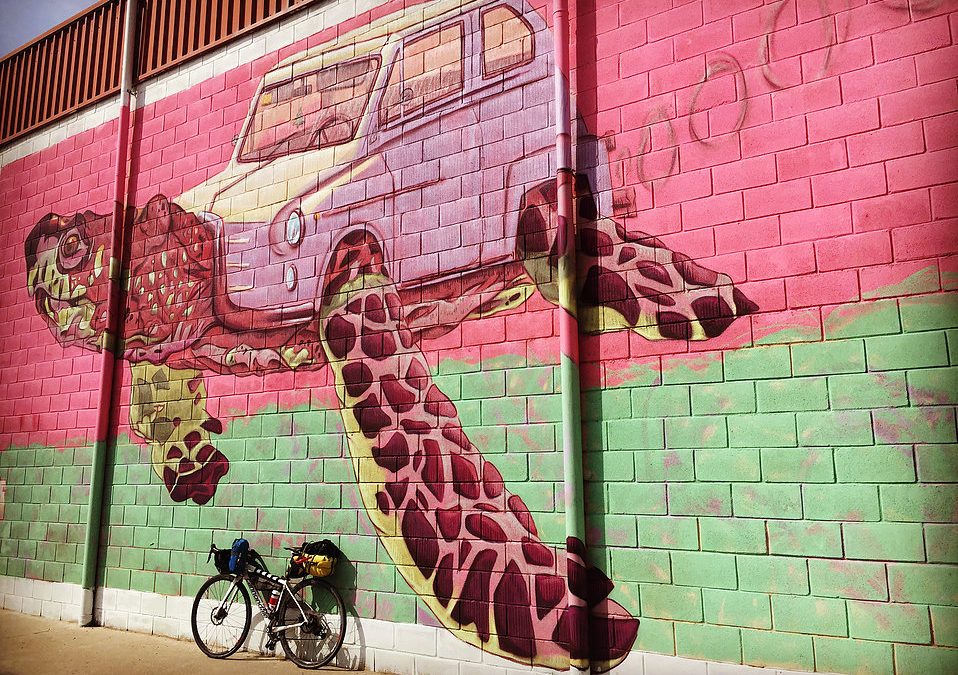 Mieke has been a patient at Purus for the past two years. In 2017 she embarked on her first lifestyle adventure and created Powered by Me. The rules were simple. To travel for a whole year only using human-powered transport, to blog about my journey and to raise money for a different charity each month. If that wasn’t enough, she decided on a new adventure this summer. Three months travelling around Europe just with her trusty bike! We caught up with her to ask a few questions about the amazing trip.

1. Where did the idea first from and how did it end up with a summer cycling tour?

An unexpected divorce left me feeling very helpless and led me down a path of depression, hopelessness and excessive drinking. I had never experienced mental ill-health before and frankly it was terrifying. After trying to find ways of recovering through counselling, speaking to friends and family and medication, I knew I needed to find a way of taking back control of my health above and beyond what I was already doing to make myself better.

I had been in my current job for just over 3 years and I didn’t see any harm in asking for some unpaid leave. I felt I had nothing to lose. After they accepted 3-months (to my shock) I begun thinking about what to do! I knew I wanted it to be sport related of sorts and after speaking to a few friends I decided to go cycling in Europe solo, or bike packing as they call it! It was honestly such a relief to have the support from my employer at a very difficult time in my life and to also have a focus to work towards.

2. How did you plan your route?

I listed the countries I either wanted to go to because I’d never been before or had heard about friends or acquaintances cycling there. I knew I wanted to avoid getting a flight until the very end of the trip as I had had zero experience of taking apart a bike and taking it on a flight and I especially didn’t trust myself that I had enough cycling nous to be able to put my bike back together again safely. So I simply plotted places I could catch boats easily between certain countries instead. I then printed off a Europe map (not to scale might I add!) and figured out which general direction of travel to go (mostly South East from Holland). Most of the planning was around the kit, safety and a few tips on the roads and the like in certain countries, simply by reading people’s blogs and following them on social. By staying mostly in Europe I felt that if worse came to worse I could catch trains if I had to in countries and easily alter routes if I needed to for whatever reason.

3. What was the highlight of the trip and any funny encounters?

It is really hard to pin point a highlight from the whole 3-months as I had a highlight almost daily. I’d say the best part of all was the complete freedom you feel when you’re using a bike as transport. Not only does it do all sorts of wonders for you physically and mentally, but the speed which you travel means you honestly soak up each and every minute and sometimes each second. Sometimes it felt like I was completely intertwined with nature, living and breathing the forests and mountains I was cycling through. This type of freedom also allows you to take things at your own pace. You stop when you stop and hammer it when you’re feeling strong. The flexibility of my journey also meant that I took time off when I wanted to to either just recover a bit, do some cross training (like a scuba dive!) or just see an incredible sight (which there were many!).

An encounter I will never forget is when I stopped to have lunch in a beautiful fishing village called Cavtat in Croatia. The waiter that served me saw I had my bike and all the bags and realised I was touring. He asked me about my trip and was really interested about where I’d come from and where I was going. He said he was particularly interested because I was like a unique unicorn – purely on the basis that I was bike packing in Croatia and I was the first female bike packer he’d seen all summer!

4. Any grim points where felt like calling it a day?

Many. But they were often the ones that were the most character building. The worst was when I picked up a gastric bug. It was about 40 degrees that day and 70% humidity. I only had to cycle about 15km that day as I had planned to stop in Dubrovnik for 2 nights to do lots of sight seeing. It took me 6 hours to ride 15km because I had to stop about half a dozen times to throw up at the side of the rode. I was so sick I couldn’t hold any water down, yet it was so hot that I was so incredibly thirsty. Often I was so spent that I couldn’t sit up at the side of the road and just lay down. A few people stopped to help but it was so hard to communicate with them being so sick, especially if they didn’t speak English. I was thankful people cared but all I wanted to do was crawl into a bed or even the sea (to cool down) and just close my eyes and for it to all go away. I just kept telling myself it would pass and I would look back on this day and laugh about how gross it all was! Thankfully it was just a 24-hour bug and did pass the next day. Despite being very weak I was past the worst of it!

5. What was the first thing you did when you came back to London?

Went to my local called The Angel in Bermondsey for a pint! I love my local and the incredible views out onto the Thames overlooking The Shard, Tower Bridge and Tower of London, I felt like I was a tourist again. I also threw my stuff in the washing machine straight away and had a nice long shower, two luxuries I missed very much while I was away.

6. What’s the biggest change you will make going forwards?

To live a more simple and basic life. It was incredible humbling to exist with so little and it gave me a sense of mental freedom I’d never experienced before. It made me realise how cluttered (physically and mentally) my life back home was. I want to live by: memories NOT possessions. Simply spending my time and money creating memories over any physical, material item. OK I need stuff, we all do, but I don’t need all this stuff in my life. This felt like a big shift to me as I’m not a massive consumer and often take bags to the charity shop, but I am going to try and apply more minimalism to my life wherever I can. I feel living simply will free up my mind more, make me feel calmer, more appreciate of what I have and hopefully mean I can spend more time and money on doing things!

7. What is next on the agenda?

Maintaining my physical and mental health now that I feel I am in such a strong and better position than I was 6 months ago. For the time being I don’t have any ‘big’ adventures in the pipeline but what I do know is that this trip has opened up my adventurous door which will undoubtedly mean more future adventures. I feel like this is just the start for me.

For appointments at our Covent Garden or Cannon Street location book here or email on info@purusactivehealth.co uk